Clerkenwell to make series based on entrepreneur Jamal Edwards 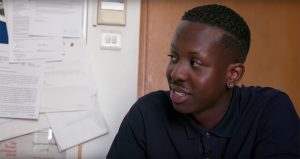 Indie producer Clerkenwell Films is developing a scripted series based on the life of British music and media entrepreneur Jamal Edwards, the founder of online video channel SBTV. The project was revealed at Sheffield Doc/Fest, where Edwards was participating in a session titled Jamal Edwards MBE: SBTV, Music and Mental Health.

Speaking at the event, Edwards, who will executive produce the series, said: “I’m open for collaboration; I’m working with Clerkenwell Films, they want to do a series that’s based on a 15-year old me.”

Edwards started his journey filming YouTube videos on a UK council estate. By his early 20s he had racked up millions of views via his channel SBTV, including more than 7 million views of a video featuring Ed Sheeran. More recently, Edwards has expanded his business into areas such as gaming, and has also conducted interviews with the likes of Prince Charles and David Cameron. He also goes into schools and advises youngsters on their futures.

There are few details on the series as yet. But Edwards said it would be similar in tone to Michaela Coel’s E4/Netflix hit Chewing Gum. The series is being written by Preston Thompson (Kids In Love).

During the session, Edwards also discussed plans for a new series called Living Viral that will tell the story of SBTV. He also said he is talking to the rock band Queen about a potential series for SBTV.