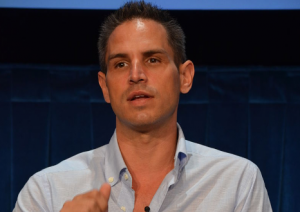 Riverdale producer Greg Berlanti has signed a $400 million deal with Warner Bros. Television Group, which will keep him with the company until 2024.

Berlanti currently has 14 scripted titles on air in the US including Riverdale, The Flash, Arrow and Supergirl. He also had shows picked up at this May’s LA Screenings, including the fantasy drama series God Friended Me.

The producer already had a deal with the studio, with two years remaining on his contract before the $400m extension was signed.

The mega deal arrives as studios scramble to keep up against the rising sums that the likes of Netflix are paying for talent.

Berlanti’s deal is slightly different to those of Rhimes and Murphy, however, with the producer taking a cash payout for the pact, meaning he no longer will receive points on the backend of his series.

The news was first reported by Holloywood Reporter, which was told by sources that Warner Bros. Entertainment CEO Kevin Tsujihara and TV president Peter Roth aggressively pursued Berlanti for the new deal.

“We could not be more excited to extend our partnership with Greg Berlanti, a true giant in the television industry,” Roth said. “Greg has been integral to our success since his return in 2011, and we look forward to continuing our collaboration with him and the entire Berlanti Productions team.”