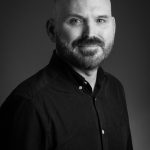 O’Connor comes from Buccaneer Media where, as head of department, he oversaw development, pitching and production of the company’s unscripted department.

Prior to that he worked as creative director on Celebrity Big Brother and Big Brother for Channel 5. O’Connor’s 17 years of experience includes stints as head of department, creative director, executive producer and showrunner across multiple genres and he has nurtured large teams as well as high-profile individual talent such as Davina McCall and Dermot O’Leary.

At Remedy, who film over 1000 hours of prime time, daytime, factual and live shows for the major terrestrial and digital networks, he will be managing the existing programming slate as well as developing new ideas, focusing on entertainment formats, live events and talent focused formats.

He says of his new appointment: “Remedy Productions is a hugely innovative company and I’m very excited to lead the creative team as we develop and produce a slate of compelling, high quality formats that resonate with viewers.”

Remedy productions are part of the super indie Argonon Group, formed by Leopard Films’ CEO James Burstall in 2011, that in addition to Leopard is made up of Transparent Television, Windfall Films and Blacklisted Films, to name a few.