Propagate sets up La Niña at FX networks for adaptation 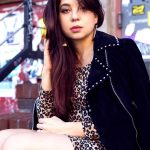 Propagate has reached an agreement with FX to develop hit Colombian format La Niña for the US market.

Writer’s Guild of America Award nominee, Hilary Bettis (a playwright and screenwriter who worked on FX’s highly respected cold-war drama The Americans, pictured) will be adapting the series that was originally made by Caracol Televisión.

The show follows Sarah García, aka La Niña, as she struggles to reintegrate into society after living as an enslaved teenage sicaria (hit woman) for the most ruthless drugs cartel in Mexico.

During its broadcast in Colombia ‘La Nina’ became the number one prime franja (prime time) series and it has already sold to dozens of countries in its original form.

Propagate, who are innovators in the industry making content for Amazon, Apple and Twitter, amongst many others, clearly believe that “La Nina” has the potential to be the the next must see foreign crime series internationally in the same way that U.S. remakes of Scandinavian series such as The Bridge and The Killing aimed to be.

“Propagate aims to bring the best stories from around the world to the US market and beyond,” said Ben Silverman, chairman and Co-CEO and Howard T. Owens, Co-CEO of Propagate who along with Jay Weisleder serve as executive producers for Propagate.