BT CEO Gavin Patterson to step down later this year 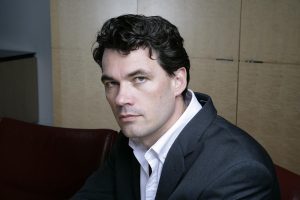 BT Group chief executive Gavin Patterson is due to step down later this year with the company claiming new leadership is needed following recent poor results.

BT said it expects to have a new CEO in place during the second half of the year with Patterson set to continue in the role until a replacement has been found.

Last month BT reported disappointing Q4 results, including a loss of 16,000 TV subscribers, and revealed a plan to cut costs by reducing its headcount by 13,000 people at a cost of £800 million.

Patterson has led the company since 2013, before which he served as chief executive of BT Retail. He has been a member of the BT board since 2008 and first joined BT as a senior executive four years prior to that.

“Gavin has been with BT for just over 14 years and I want to thank him for his contribution to our business during that time, in particular during the almost five years that he has served as chief executive,” said BT chairman, Jan du Plessis.

“The board is fully supportive of the strategy recently set out by Gavin and his team. The broader reaction to our recent results announcement has though demonstrated to Gavin and me that there is a need for a change of leadership to deliver this strategy.”

“To that end a number of concrete initiatives have already been launched and Gavin’s commitment to continue to lead the business during this transition phase will provide invaluable continuity. While BT is a very demanding business, with multiple stakeholders, we do have significant opportunities ahead of us.”

Patterson said that he’d been immensely proud of what he’s achieved BT’s CEO, “In particular the transformation of the business in recent years with the launch of BT Sport, the purchase and integration of EE, and the agreement to create greater independence for Openreach.

“That, combined with the critical expansion of our superfast broadband network to 27m customers, and our stated ambition to reach 10 million homes with ultrafast broadband by the mid-2020s have fundamentally repositioned the company. BT is a great business and with the new management team I’ve recently put in place, is I believe very well positioned to thrive in the future.”

Patterson will not now receive his 2018 incentive share plan, which would have been worth a reported £3.5 million.