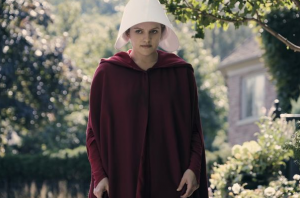 Hulu has launched a major reorganisation across its top teams in content, technology, marketing and data, and eliminated its chief content officer role with Joel Stillerman departing the company.

The US-focused streamer will now organise its content team into two groups, one that focuses on acquired on-demand and live content partners and another that harbours the creative community for Hulu originals.

Hulu will combine its live TV and SVOD content licensing, acquisition and business functions into a single group, named Content Partnerships. “This new structure allows Hulu to speak with one, unified voice to its current and potential content partners,” said the company.

In addition, the group will be responsible for expanding Hulu’s content offering to include premium add-ons and new formats.

The company’s original programming, and its relationships with creators, producers and studios, will continue being managed by the Hulu Originals team, but will now operate as a dedicated business function, led by senior vice president of content, Craig Erwich, who will report to CEO Randy Freer.

With the new structure, Stillerman has decided to leave the company along with senior VP of partnerships and distribution Tim Connolly.

Stillerman has been in the role for a year and was hired from AMC and Sundance TV after a long search from former CEO Mike Hopkins. Hopkins ultimately departed in October to join Sony Pictures Television as Freer joined from Fox Networks Group.

Hulu is now searching for a head of the new Content Partnerships group and is eliminating the CCO role.

“Ben, Tim and Joel have all played a significant role in getting Hulu to the strong position it is in today. They will forever be a part of Hulu’s success story, and we wish them the very best in their next endeavors,” said Freer.

Hulu has had an eventful year which saw it scale its subscriber base to 20 million and also widen its originals strategy after the success of its first original The Handmaid’s Tale.

The streamer also currently faces an uncertain future as its co-owner Disney may acquire Fox’s stake in the company, giving it a majority stake. This is all the more prominent with Disney’s plan to launch its own streaming service in 2019.