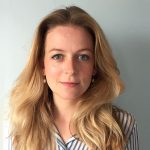 TCB Media Rights has appointed BBC Studios’ Hannah Demidowicz to the position of commissioning editor, in what it claims to be a first for a factual distribution business.

Demidowicz’s appointment reflects TCB’s emerging status as ‘mini-commissioner’. In the past year, the distributor has greenlit approximately 50 hours of self-funded and co-developed projects to its portfolio of acquired content, and is aiming to maintain or increase this total over the next two years as well as maintaining its role as a traditional distributor.

Demidowicz is seen as a specialist in factual and factual entertainment. In addition to commissioning content for international channels BBC Brit and BBC Earth, she also forged co-production partnerships with BBC3, Channel 4 and ITV.

Her credits include a number of successful series, including Stupid Man, Smart Phone for BBC Brit/BBC3, and Fishing Impossible for BBC Earth/ITV.

Prior to her BBC role, Demidowicz worked as a commissioning editor for National Geographic Channels International.

Paul Heaney, CEO of TCB, said: “The appointment of such a commissioning superstar in Hannah is a real coup but also a natural next step for TCB. Our core function is as a traditional distributor but we now have a duty of care to not only respect the investments made to the producers but also to ensure the show sells.

“We have been working with producers at the earliest stages since launch at the end of 2012 and now we have the competence, experience and resources to back it up. The buyers know they have ‘one of their own’ in Hannah.”

Demidowicz added: “All of my previous roles have been with broadcasters so as I understand it, this is the first time that an executive with my experience and skillset has joined an independent distributor — which in itself is new and exciting.

“The response to my appointment from TCB’s producer network has been overwhelmingly positive. With many distributors now involving themselves upstream in the development process, traditional roles and boundaries are becoming more fluid, as the creative industry adapts to the challenges of globalisation.”