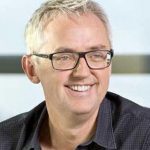 Sky is set to restructure its Entertainment group and remove standalone channel heads, in a move that will see Sky One and Sky Living director Adam MacDonald depart.

From here on strategic decisions for the channels will fall under Sky Entertainment’s director of programs Zai Bennett and the programming team.

Commissioning and acquisitions will now be handled by Bennett and individual genre heads.

In the meantime, Phil Edgar Jones will remain as director of Sky Arts and head of entertainment and arts commissioning.

MacDonald was named director of programming for Sky One in 2013 and widened his remit with Sky Living in 2016. He has overseen programming such as James Corden’s Late Late Shows from London and acquired US hits such as The Good Doctor.

“I’ve enjoyed five glorious years at Sky and feel blessed to have worked alongside the very best in the business across commissioning, acquisitions, scheduling, marketing, press, production management and beyond,” said MacDonald.

“We’ve won BAFTAs, Emmys, Broadcast Awards, a Rose D’or and had a total blast along the way. But it now feels like the right time for me to move on, I’d like to thank Zai and Gary for their support over the years, the channels are in fine fettle and I wholeheartedly wish them well in the future.”

The move aims to streamline the decision making process under a more efficient structure.