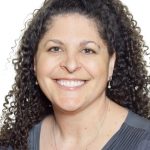 The partnership, supported by a targeted development fund from MarVista, will focus on the creation and development of movies and series originating from intellectual property and other sources.

The duo will kick-start the partnership with a development slate of approximately 15 projects.

Highlighting the new slate are two series, Deprivers, based on the best-selling book by Steven-Elliot Altman with script written by David Simkins, and Story of My Life, a family series from Emmy Award-winning director Marc Buckland.

Additionally, Snyder (pictured) continues on a handful of projects already in development, including the King Kong Skull Island series and Godwinks telefilm.

“I am grateful for her many contributions and proud of all that we have accomplished together. I am also very excited to now support Robyn’s decision to follow her passion and leverage her myriad skills as a top-notch producer by forming her own production entity.

“Robyn’s extensive expertise to source out original IP will be invaluable to both of our companies by continuing to expand the MarVista catalogue, whether by developing and producing exclusively for MarVista as an outside producer or identifying and selling projects for MarVista to produce, while also continuing to serve as a valued advisor to MarVista’s development team.”

During her time with MarVista, Snyder ultimately rose to the role of executive vice president of development and production. She executive produced various projects including Tiny Christmas, which aired on Nickelodeon and The Swap on Disney Channel.

Prior to joining MarVista, Snyder worked as an independent development and production executive, serving as a consultant at Teen Nick and ABC Family/Disney Channel.