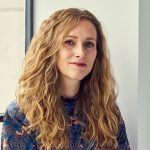 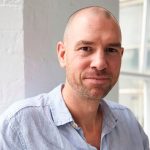 The duo will work closely with CCO Alex Menzies, who joined the company last June after the departure of the company’s joint managing directors Matthew Littleford and Neil Smith.

In their new roles, the execs will lead on development and oversee programming in their respective genres along with Menzies.

Berendson is a former creative director for The Only Way is Essex (ITVBe). Her role at Lime Pictures also involved driving development, winning new business and nurturing on screen talent.

Harrison has worked at Betty for over two years, developing and securing a large and varied slate of factual commissions. He has led productions in some of the toughest places in the world and has worked closely with talent including Bear Grylls, Ed Stafford, Anthony Joshua, Rob Brydon, Ben Fogle, Freddie Flintoff and James Cracknell.

Menzies said: “Daniella and Dave both specialise in making high quality, well-cast programmes and they are perfectly placed to help create and shape the next generation of Betty titles.

“Having worked closely with Dave it would be impossible not to be impressed by the breadth of programmes he has developed and produced. Equally, I could not be happier to have Daniella join the team – she’s such a gifted creative. Her expertise and attitude to programme making will be invaluable as we create new factual entertainment series.”