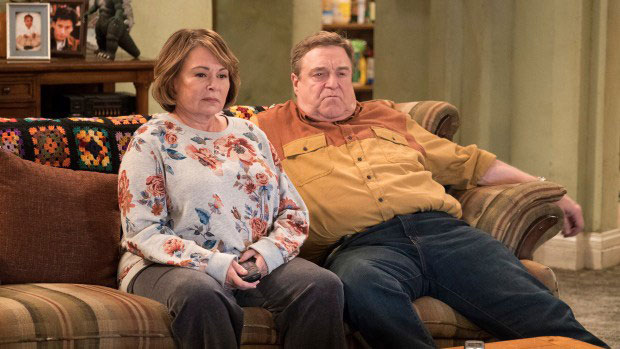 ABC has cancelled its lead series Roseanne after its star Roseanne Barr sent a controversial tweet about a former staffer under President Obama, Valerie Jarrett.

On Tuesday, Barr tweeted “Muslim Brotherhood & Planet of the Apes = vj”. The tweet has since been deleted by Barr after many criticised the star for the seemingly race fuelled comment.

In response, ABC has cancelled the show that had a meteoric rise this year with its comeback. Roseanne’s two-part premiere this March drew 18.2 million viewers on its opening night alone.

Roseanne was also ABC’s lead feature at this year’s Upfronts, with Barr opening the event.

ABC Entertainment president, Channing Dungey, said: “Roseanne’s Twitter statement is abhorrent, repugnant and inconsistent with our values, and we have decided to cancel her show.”

A range of key figures have responded in support of the cancellation and criticism of Barr. Disney’s CEO Bob Iger weighed in on Twitter, saying: “There was only one thing to do here, and that was the right thing.”

Roseanne executive producer and showrunner, Bruce Helford, said: “On behalf of all the writers and producers, we worked incredibly hard to create an amazing show.

“I was personally horrified and saddened by the comments and in no way do they reflect the values of the people who worked so hard to make this the iconic show that it is.”

As a result, Viacom Cable Networks and Disney-owned Hulu has also pulled Roseanne reruns from their channels.

Barr has since apologised to all the people who have lost their jobs since the incident.

Don't feel sorry for me, guys!!-I just want to apologize to the hundreds of people,and wonderful writers (all liberal) and talented actors who lost their jobs on my show due to my stupid tweet. I will be on Joe Rogan's podcast friday.