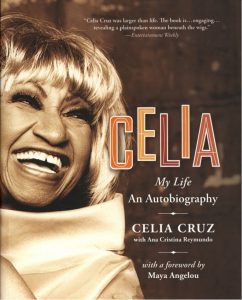 The series will be in English language and based on more than 500 hours of taped interviews by the Smithsonian, recorded months before Cruz’s passing in 2003.

High School Musical producer, director and choreographer Kenny Ortega is signed to serve as executive producer and direct the series.

Flavio Morales, executive vice president of Endemol Shine Latino and US initiatives, is also set to serve as exec producer.

“There is no bigger name in Latin music than Celia Cruz,” says ESNA CEO Cris Abrego. “We are thrilled to be adapting her amazing life story, one filled with triumph and tragedy, for a dramatic television series with a producer of Kenny Ortega’s pedigree attached.”

Major TV’s Raymond Garcia, said: “With a voice that transcended language, color, race, and gender, Celia Cruz broke barriers, changed the landscape of music and became a Global icon. Capturing her authorized life story for the first time on screen, in any language, is an incredible milestone.”

Endemol Shine and Major TV previously announced they had jointly optioned the rights to Chris Perez’s To Selena With Love, the best-selling book that tells the late Latin superstar Selena Quintanilla-Perez’s love story through the eyes of her husband.