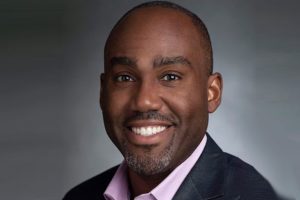 TV industry veteran Vernon Sanders has been drafted in as co-head of television at Amazon Studios. Working alongside Albert Cheng, he will oversee creative and production units for Amazon Prime Video.

Commenting on the appointment, Amazon Studios chief Jennifer Salke said: “Vernon’s undeniable expertise in nurturing talent and creative material will be a huge asset to our studio. Having worked side-by-side with him for seven years at NBC Entertainment, I can speak first-hand to his talents as a leader and creative force. I know Vernon and Albert Cheng will be a formidable team.”

While at NBC, Sanders worked on hit series including 30 Rock, The Office, Friday Night Lights, This is Us, The Blacklist and the recent revival of Will and Grace. He left NBC in November 2017 and signed a production deal with Universal TV. With regard to his new role at Amazon Studios, he said: “I am tremendously excited to be joining Jennifer Salke, Albert Cheng and the forward-thinking team at Amazon Studios as they build an incredible destination for high-quality, compelling content. My time as a producer has reaffirmed my passion for working closely with creators to champion shows which delight and surprise our audiences. I’m grateful to my family at NBCU for their support as I jump into this new challenge.”

The appointment of Sanders to work alongside Salke and Cheng should draw a line under the controversy that has affected Amazon’s content production division since former entertainment chief Roy Price left the firm amid sexual-harassment allegations.