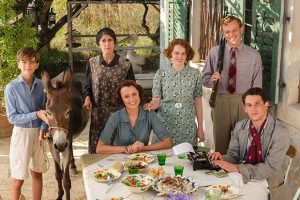 Following the success of the first three series, ITV has ordered a fourth installment of Corfu-based drama The Durrells, which is based loosely on Gerald Durrell’s series of novels The Corfu Trilogy.

Produced by Sid Gentle Films, the new series will again be written by Simon Nye (Men Behaving Badly). All of the main cast members including Keeley Hawes, Josh O’Connor, Callum Woodhouse, Daisy Waterstone and Milo Parker have signed up to reprise their roles.

The series, described by The Guardian as “pitch-perfect period escapism” is one of ITV’s highest rating dramas, with the first episode of the latest series consolidating at 6.7m with a 26% share.

Although it airs on ITV in the UK, The Durrells is distributed by BBC Studios – which has a controlling stake in Sid Gentle. The show has done well internationally, being picked up by the likes of Seven Network Australia, SVT Sweden and Russian OTT service Okko.