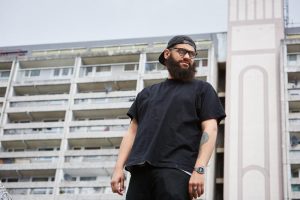 Hulu and Vice Media have reached their first-ever content licensing agreement, with 15 Viceland series set to appear on the platform.

This will be Viceland’s first SVOD partnership, which will offer its popular titles such as Ellen Page’s Gaycation, as well as Action Bronson’s F*ck, That’s Delicious.

The titles will be available to stream exclusively on Hulu on June 8.

“Our viewers love watching thought-provoking reality series on Hulu, and partnering with Viceland is yet another way we’re building the most valuable content offering for fans of unscripted programming,” said Lisa Holme, Hulu’s VP of content acquisition.

“Viceland has consistently created and produced stories that explore the cutting-edge, culturally-relevant topics that Hulu’s young and passionate audience craves, and we’re excited to be the very first to offer their shows in a subscription on demand environment.”

The move adds to Hulu’s growing interest in unscripted titles. This interest was also shown in March 2017, when Hulu and A+E Networks announced an affiliate agreement that brought Viceland, as well as all six original brands from the A+E Networks family, to Hulu’s live TV streaming service.

“Viceland is a key part of expanding on Vice’s ongoing commitment to create the most compelling and unique content young viewers can’t find anywhere else,” said Viceland president Guy Slattery.

“We’re excited to have Hulu as a platform partner to continue widening the audiences for our shows.”

Other titles include meta-comedy What Would Diplo Do?, Hate Thy Neighbour (pictured) and Gloria Steinem’s Woman.