STV shuts down STV2 channel as it invests in digital

STV has laid out its plans for the next three years, which will see the Scottish broadcaster axe its STV2 channel to make room for digital initiatives.

The broadcaster hopes that its “three year growth plan” will mean that a third of profits will arrive from outside of linear advertising by the end of 2020.

This will be achieved via three new objectives, which will see the STV focus on creating a valuable broadcast service, drive digital growth via its STV Player and invest in STV Productions.

Three distinct divisions will be created to achieve the objectives. The broadcast, digital and production divisions will also each have their own managing director and KPIs.

Bobby Hain will become managing director of broadcast, as a recruitment process takes place for the other two divisions.

Under the broadcast strategy, STV’s “loss making” STV2 channel will close at the end of June 2018, with content investment shifting to the STV main channel and STV Player.

STV will also launch an ad-free subscription version of STV Player for Scots at home and abroad.

The move will see 25 employees lose their role as the company predicts the channel cancellation will save £1 million a year.

A further 34 positions will go from its STV News operation as the company looks to save £2 million a year from the move.

Meanwhile, STV plans a £15 million worth of investment for original content, with a focus on formats and returnable series. 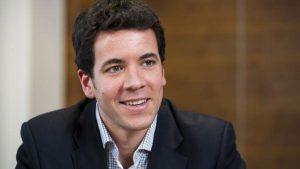 Simon Pitts, STV chief executive, said: “As a result of the challenging economics of local television and anticipated increased competition from BBC Scotland, we have taken the difficult decision to close our loss-making STV2 channel to focus our future content investment on STV and the STV Player. I’d like to thank the STV2 team for everything they have achieved over the last 4 years.

“We have ambitious growth plans for STV Productions which is well placed to take advantage of the surge in demand for new programming from the Nations and Regions. We will exploit STV’s unique producer-broadcaster status to attract the best creative talent and showcase new formats and ideas for the UK and international markets.

“The STV of 2020 will have creativity as its heart, working in partnership to drive the Scottish economy and showcase Scotland to the world.”