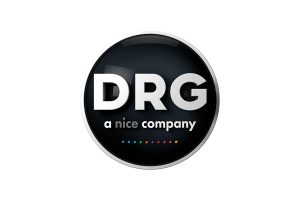 DRG has formed a partnership with The Format Factory, a new unscripted sister company to Free@Last TV, launched by F@L founders and joint creative directors Barry Ryan and David Walton. DRG and The Format Factory will develop format ideas, which DRG will then look to place with broadcasters internationally. In addition, DRG will support The Format Factory’s existing content slate.

The Format Factory has positioned itself as a ‘creative capital hub’, representing creative content and IP owners. Currently it has working partnerships with a variety of producers and content generators including David Hedges, the UK-based producer who adapted Queer Eye for the Straight Guy for the UK. Hedges has numerous shows in development through The Format Factory – including austerity property show House of Card and stripped quiz show Buy The Letter.

Also on the slate are formats from Moli Leap Productions, the UK outfit that produced The Retreat for BBC2 last year. From independent producer Vincent Woodward, another format The Singing Booth aims to recreate the moment Elvis Presley was discovered singing anonymously. The business is also working on projects with Birmingham-based indie producer Benjamin Field.

Kate Cundall, DRG’s SVP acquisitions, negotiated the deal with The Format Factory. She said: “The Format Factory is an interesting business and Barry and David have a real knack of zeroing in on great ideas. However, one of the main reasons we wanted to work with them was that they have a collaborative development approach similar to our own: they are already bringing great talent into The Format Factory and nurturing it to create stand-out properties.”