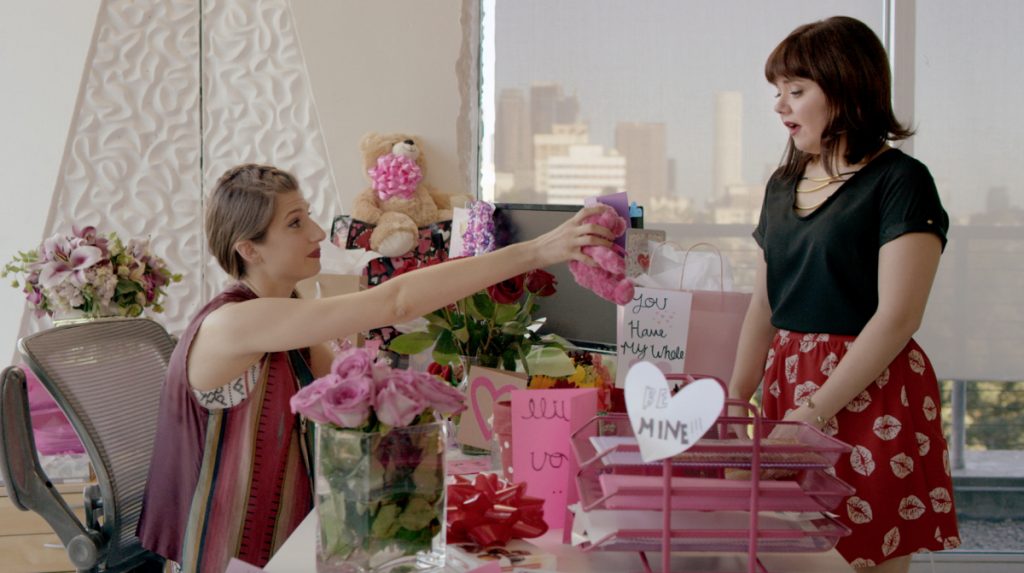 Michael Jay Solomon, former president of Warner Bros. Television and owner of Digital Content International (DCI), together with Espen Huseby, CEO of NordicWorld, is unveiling a slate of short form scripted series by New Form Entertainment at the LA Screenings.

DCI and NordicWorld (in which DCI has a stake) have secured exclusive multi-platform international rights for 10 of New Form’s series including Shitty Boyfriends (pictured) (co-produced by Lisa Kudrow, Sandra Oh, Melissa Hunter), Dr. Havoc’s Diary, Lost Generation, I Ship It and Oscar’s Hotel. Commenting on the slate, DCI’s Solomon said: “The appetite and growth of digital consumption and OTT channels with domestic and international audiences is at an all time high and will eventually surpass traditional platforms. Acquiring New Form’s catalogue puts DCI and NordicWorld at the forefront of digital content distribution. We look forward to further establishing our foothold, alongside NordicWorld, in the short form series genre.”

The New Form catalogue will be presented at the LA Screenings by Adeline Ferro, head of Latin America and US Hispanic distribution strategy for DCI/NordicWorld. She said: “The New Form shows featured on channels including Refinery29, CW’s The Seed, and go90. Our alliance with NordicWorld will introduce these shows for all channels and platforms globally.” With the LA Screenings in mind, she added: “The US Hispanic market is increasingly becoming early adopters of short form digital content, with Latin America potentially overtaking the rest of the world over the next five years.”