US networks prepare for Autumn 2018, CBS to reboot Magnum PI 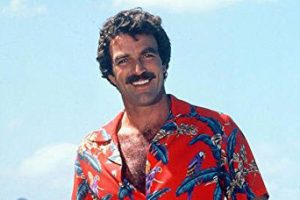 In recent days, the big four US networks have started unveiling their plans for the all-important autumn season. Among key developments is the news that CBS is to reboot iconic 1980s series Magnum PI (pictured).

The show, which made Tom Selleck a household name, is being produced by CBS Television Studios, Davis Entertainment, Perfect Storm Entertainment and Universal Television. Judging by the international response to other recent reboots including MacGyver and Lethal Weapon, the show is sure to stir interest among buyers.

In the new version of the series, Magnum is an ex-Navy SEAL who reinvents his military skills to become a private investigator. Selleck’s role will be taken by Jay Hernandez (Friday Night Lights). CBS also announced it is axing Kevin Can Wait and Scorpion, though there are renewals for Elementary, Instinct and Criminal Minds.

Among other networks, the big news from Fox is that Lucifer and The Exorcist are being axed. However there was better news for Lethal Weapon and Gotham which have both been renewed for another season. NBC, meanwhile, has revealed plans for five new series including medical drama New Amsterdam and mystery Manifest. In the latter, passengers and crew on a plane land to learn that the world has leapt forward five years, with all of them presumed dead.