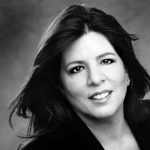 In her new position, Alfano will oversee and manage all aspects of Universal TV’s current series department and will also help identify development opportunities in the international scripted marketplace, liaising with NBCUniversal International Studios when appropriate.

Alfano has served as EVP of scripted programming at the studios since 2013. She was charged with overseeing the expansion of the global scripted business, supervising the development and production of programming across the NBCUniversal International Television portfolio of companies.

“Having someone of JoAnn’s stature join Universal Television is a real coup for us,” Igbokwe said. “I can’t think of anyone more capable or knowledgeable to entrust our beloved series to and we get the added benefit of her international marketplace expertise. #SheSaidYes.”