TBI Weekly: Three moves that may chip at Netflix dominance 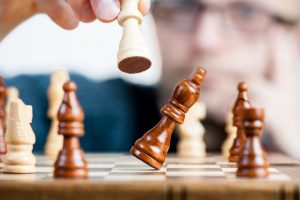 Moves to combat the Netflix-effect are high on the agenda for major broadcasters and networks this week.

Three TV groups have laid out global streaming and content ambitions in the past seven days, including UK broadcasters BBC, Channel 4 and ITV, European broadcasters France Télévisions, Rai and ZDF, and US-based Discovery.

We found that the British trio are likely to board “Kangaroo 2”, a second attempt at building a collaborated streaming service after an initial plan was blocked by regulators in 2009.

The move could see the trio join forces to make the BBC’s iPlayer a master brand. Other options include expanding BBC, ITV and AMC’s service Britbox outside of its current home in the US.

Three projects are currently being developed under the pact including Leonardo, produced by Lux Vide and Beta Film, Mirage, produced by Linclon TV, Cineflix and Wild Bunch, and Eternal City, produced by Aurora TV, Fearless and Banijay Studios France.

Most recently, Discovery’s CEO David Zaslav also chipped in to the conversation and hinted that the company may be eyeing a global factual direct-to-consumer service while the genre remains underserved. Offerings currently focus on sport and scripted according to the exec.

He said that the OTT market is currently dominated by Netflix and Amazon, with Disney aiming to try to match them. However, he explained that the next player “to get to 100 million subscribers” was not going to be another scripted content player in an overcrowded market.

Either of these ambitious plans may reduce Netflix dominance over time, but how will they fair in an increasingly fragmented landscape?

Global Agency’s Evermore has sold to TV Azteca in Mexico, with Keep It or Lose It selling over at SBT Brazil and The Legend selling to Brazil’s Band TV

ProSiebenSat.1 has commissioned a first season of My Genius Country from Newen Distribution