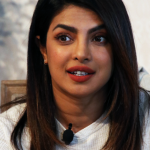 Entitled If I Could Tell You Just One, the series will follow Hollywood actress Priyanka Chopra (pictured) as she meets some of the world’s most successful and inspirational people.

From actors and politicians to environmentalists and religious leaders, Chopra will talk to people who have challenged the status quo and ask them for advice they think could change the world.

The series is based on a best-selling book by Richard Reed and was announced by YouTube’s chief business officer Robert Kyncl at the company’s annual digital upfront Brandcast.

Johnny Webb, CEO, Sundog Pictures, says: “Our mission is to help people see the world in new ways and the combination of extraordinary talent and inspiring stories is at the heart of what we do. Priyanka has blazed a trail in film and TV, in front of and behind the camera, and we’re thrilled to bring together her warmth and wisdom with YouTube’s formidable global reach.”

Alongside her acting work, Priyanka produces TV and film content under her banner Purple Pebble Pictures. She is also a UNICEF Goodwill Ambassador, has a charity named after her and has more than 82.5 million social media followers.