Sky Italia has confirmed that it will co-produce George Clooney (pictured) drama Catch-22, alongside Paramount Television, Anonymous Content and Smokehouse Pictures, as the UK’s Channel 4 (C4) prepares to air the adaptation in 2019. 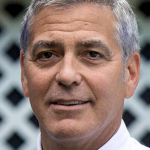 The six-part series is adapted from the 1961 anti-war novel of the same name by Joseph Heller.

Catch-22, which is being produced for Hulu, will now have Sky Italia as co-producer and and C4 is contributing to select aspects of the development of the project.

The title will be exclusively aired in Italy in 2019 via Sky Atlantic. C4 will have UK rights, also bringing the series to screen in 2019, and Hulu has US rights to the title.

Clooney, who will also be a co-director and performer in the series, will executive produce the series alongside his Smokehouse Pictures producing partner Grant Heslov.

Ellen Kuras (Eternal Sunshine of the Spotless Mind) will be directing the series with Clooney and Heslov.

The episodes were co-written by Luke Davies, BAFTA winner for best-adapted screenplay for Lion, and David Michôd, winner of the prestigious World Cinema Jury Prize at the Sundance Film Festival for Animal Kingdom.

They will also executive produce the series alongside Richard Brown (True Detective) and Steve Golin (Spotlight, The Revenant).

The series will be shot on location in Italy, namely Sardinia and Rome, and filming will start in May.

“It’s exciting to be working with Sky Italia to help bring Catch 22 to television. It’s a terrific partnership for a classic book,” said Clooney.

Ian Katz, director of programmes at C4, said: “It’s hard to imagine a work that speaks more directly to the frequently absurd times we live in, and to the growing sense of individual distrust of institutions, than Catch-22.

“David Michôd and Luke Davies have produced a script that crackles with irony, anger and humanity. I’m thrilled that it will be a part of our stellar 2019 drama offer.”