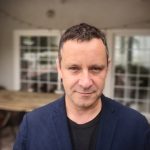 At the same time, the company has named Nelesh Dhand as its new head of factual development.

Wagstaffe’s credits include Superfoods: The Real Story, Dirty Weekenders and the UK launch of Married at First Sight. She also worked in the US, serving as showrunner on of Wife Swap for ABC and launching the US version of Undercover Boss for CBS.

Tibballs, who will be based in LA, was showrunner on social experiment Utopia for Fox and produced two seasons of Dragon’s Den for BBC2.

Dhand, meanwhile, will work with director of development Tom O’Brien, and look to strengthen Naked’s position in factual and factual entertainment.

Launched by CEO Simon Andreae in 2015 with backing from FremantleMedia, Naked’s credits include Channel 4’s Indian Summer School and E4’s My Hotter Half as well as 100% Hotter and Secret Admirer for Channel 5’s family of channels.

Commenting on the appointments, Andrea said: “We’re thrilled that Stef, David and Nel are joining us. They are top class creative leaders, with a warmth, wit and wisdom that informs both their shows and their working practices. With their appointments, we’re primed for our next stage of growth.”

Wagstaffe added: “Naked is building a reputation for shows that are smart, distinctive, and editorially ambitious. I’m looking forward to getting stuck in and supervising some of their most exciting new series on both sides of the Atlantic.”