Amazon is set to feature a six-part documentary series that follows rapper Meek Mill as he reveals injustices of the US criminal justice system after his prison sentence, set to be produced by his rapper friend Shawn ‘Jay Z’ Carter. 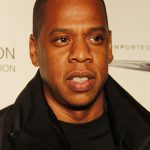 In November 2017, Meek Mill gained a two-to-four year prison sentence after he was captured popping a wheelie in an Instagram video.

The sentencing caused widespread outrage as being too severe and triggered and will be explored in this documentary series.

It will give viewers unprecedented access to the star’s life, career and criminal justice journey, while demonstrating the negative effects of how long tail probation is having an effect on urban communities of colour.

It is expected to premiere in 2019 exclusively on Prime Video worldwide.

“We’re thrilled to be working with such a talented group of producers to bring Meek’s life story to light,” said Heather Schuster, head of unscripted at Amazon Originals.

“Meek’s story of being incarcerated needs to be told and we will have incredible access that takes Prime members beyond the headlines and into his world.”

Mill added: “I’m grateful for this unique opportunity to share my story and I look forward to collaborating with Amazon Prime Video, Roc Nation and The Intellectual Property Corporation on this incredible series. Not only will this documentary give viewers an unprecedented look at my life, but it will also allow me to use my public platform to highlight the need for criminal justice reform.”