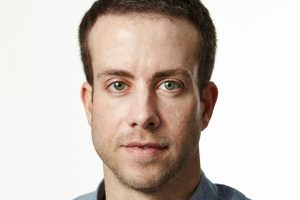 Pioneer Productions has unveiled Peter Collins as its head of factual. In this newly created role, Collins will develop, pitch and executive produce across Pioneer’s slate of productions, with the primary focus on UK productions and broadcasters. However he will work closely with creative director Thomas Viner, who will focus on Pioneer’s US and international slate.

Collins will report to Pioneer CEO, Jonathan Hewes, who said: “Pioneer has seen real growth across 2018 and we’re currently in production on a wide range of series and specials for UK, US and international broadcasters. Now is the time to build on that success and supercharge our pipeline, and Peter’s track record and expertise make him a fantastic addition to the team.”

Collins joins Pioneer from STV Productions, where he was head of specialist factual, responsible for programmes including Britain’s Polar Bear Cub (Channel 4), Lucy Worsley’s Fireworks for Tudor Queen (BBC4) and Britain’s Biggest Warship (BBC2). He said: “Pioneer has a fantastic reputation for making ground-breaking, beautifully produced programming, and I’m delighted to join the talented team at such an exciting time.”

Pioneer is part of the Tinopolis Group, with shows including science series How The Universe Works for the Science Channel US and nature series Nocturnal Britain for Channel 5.