MTV International has greenlit The Lovers and The Liars to add to its latest slate of UK produced programming.

The reality format follows couples as they compete for a minimum £50,000 cash prize. To do this they must figure out which couple are not a genuine pair.

The original format, devised and produced by Lime Pictures, is set to air across MTV’s network of more than 60 international channels and digital platforms, spanning almost 180 countries, later this year.

Shot on location in Tuscany, Italy, the contestants will take part in a series of relationship tests and must vote out a couple each episode.

The show has been co-commissioned for MTV International and MTV UK by Craig Orr and Kerry Taylor, EVP of Youth and Music at Viacom International Media Networks. It will be executive produced by Sarah Tyekiff. 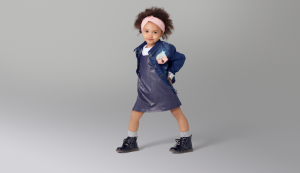 Craig Orr, VP of commissioning and development at MTV International, said: “This is an exciting new area for us.

“Not only does this reality format examine what a relationship looks like in 2018, with an incredibly exciting and diverse cast, but it also has a massive hook for those watching at home trying to guess who the real couples are through the many twists and turns of the series.”

The Lover and The Liars is the fourth MTV International commission from a UK indie this year, arriving after Beach Body SOS, The Charlotte Show and recently announced Million Dollar Baby (pictured).

Tags: Formats, MTV International, The Lovers and The Liars