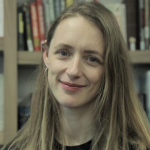 DSP has hired Anne Stirling to head up the office, which is aiming to grow into a regional production base for its slate of factual titles.

Stirling was formerly producer at her Stirling Film & Television Production company, where she worked on factual series in crime, history, arts and travel.

DSP’s Belfast office will now look to recruit for a range of development roles. The new hires will work alongside Stirling in the new office, which opens later this month.

Emily Dalton (pictured), joint MD at DSP, said: “We have established great relationships with local talent, as well as Northern Ireland Screen, so the logical next step was to invest regionally with the view to making more of our content outside of London.”

DSP has produced shows such a Dave Allen At Peace, We’re Doomed! and a first commission from its Northern Ireland office, Ill Gotten Gains.