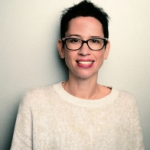 The show is being launched at Series Mania (April 27-May 5) where it will also compete in the event’s Official Competition next week.

A dystopian drama starring some of Israel’s top acting talent, Autonomies is set in an alternate reality of present day Israel, a nation torn and divided by a wall into the secular ‘State of Israel’, whose capital is Tel Aviv, and the ‘Haredi Autonomy’ in Jerusalem, run by an ultra-Orthodox religious group.

Living in the Autonomy is Broide, a wheeler-dealer who makes his living smuggling minor contraband between the two regions.

One day he receives a job offer that will change his life: he is asked to kidnap a little girl who is at the heart of a custody battle between two families – one secular and one Haredi. This fuels a dispute that threatens to tear the country to pieces.

Keren Shahar (pictured), president of distribution, Keshet International, said: “We’re delighted to be partnering with HOT and United Studios on this exceptional and very timely drama, and to be bringing another fine Israeli drama to the worldwide market.”