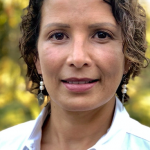 Bond will report to SPT president Wayne Garvie, who appointed her.

Based in Miami, she will oversee the company’s production business across the region, including SPT’s joint venture entities Teleset, in Colombia, and Floresta, in Brazil.

The news arrives after Bond’s predecessor, Angelica Guerra, departed her role to join Apple as Latin America head in February.

“Ana’s a well-respected leader in the tightknit community in Latin America,” said Garvie. “Her years of experience across all areas of the industry and her innate business background are essential to this role and I’m delighted to welcome her to SPT’s international production family.

“We all look forward to working with Ana and seeing SPT Latin America reach even greater success under her leadership.”