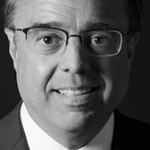 Through the deal Vera will operate as a separate company under the DLT banner, but it is now wholly owned by DLT.

DLT will inherit Vera’s 300-hour catalogue. The move expands its production slate into factual and current affairs as well as development in comedies, dramas and entertainment.

Atkinson and Vera’s development producer, Fred Atkinson, and head of production, Carrie Fletcher, will remain in their roles and will be moving to the DLT London offices in April.

Vera launched in 1994 and has produced hit shows such as Bremner Bird and Fortune and Alistair McGowan’s Big Impression.

Taffner Jr. said: “We have had a long regard for the shows that Vera has produced, and we are thrilled to be welcoming Geoff, Carrie and Fred to the DLT Entertainment stable to continue producing fantastic quality content under the DLT banner, while complimenting the activity of DLT’s productions.

“DLT are not in the production company aggregation business for growth and this acquisition does not signal a change in that philosophy, but welcomes Vera to the DLT family where we will provide business and financial support while Vera Productions will continue as the production entity for its programs. It is a very exciting time.”