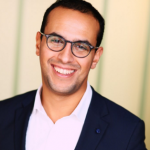 Based in London, he will work with Chris Bonney, CEO Rights, and the team at Cineflix Rights to acquire scripted content for all media platforms.

Prior to joining Cineflix, Leroux was EVP content development & sales at the UK arm of France’s Newen Group, the company behind Osmosis, Ouro, Spiral, and Witnesses.

Previously, he held the role of deputy MD, international sales, acquisitions & marketing of Paris-based Newen Distribution where he worked with the likes of Netflix, Disney, BBC, ZDF and NBC.

Emerson said: “Julien knows the international TV market inside and out. I’m looking forward to working with him to expand our partnerships with producers and networks to deliver hits.”

Cineflix is best know for its factual output but has made a concerted drive into drama in recent times, most notably through its partnership with Buccaneer Media, producer of Marcella.

Leroux called the new role “an amazing opportunity to create ambitious partnerships with third party producers and talent. The global demand for quality drama has never been higher and I’m eager to get started on this challenge.”