BBC to ‘reinvent the iPlayer’ to reach younger audiences 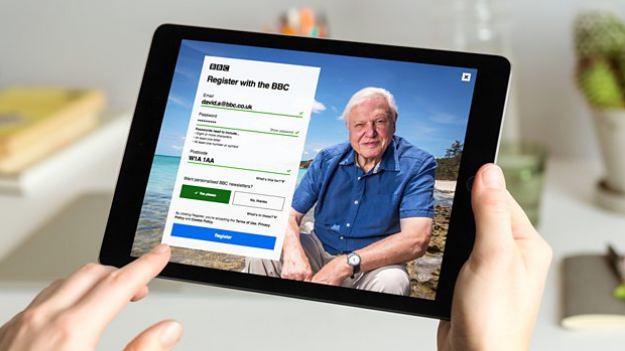 The BBC will focus on reinventing the iPlayer this year and making it more of a destination for young people, according to BBC chairman David Clementi.

Outlining how the BBC will face challenges like changing viewing habits and competition from global giants like Netflix and Amazon, Clementi said that the BBC’s focus on modernising its services will allow it to alter how it delivers content to audiences and how they respond.

Speaking at the Voice of the Listener and Viewer (VLV) Spring Conference in London yesterday, Clementi said that while the BBC’s public service mission is more important than ever, it has also become harder than ever.

“This year we are focusing on reinventing iPlayer to provide the individual, personalised service they more and more expect – not just offering audiences programmes we know they love, but also suggestions for what they might like or need to know.”

He said the BBC is also reinventing its radio services in the same way, with plans to transform iPlayer Radio to bring together the BBC’s wide range of radio and audio content – including a growing range of podcasts.

Addressing the different needs and habits of varying audience demographics, Clementi described the 16-34 age group as the BBC’s “biggest challenge”.

“They watch less TV than older people and listen to less radio. They are the smartphone generation and their view of the world is shaped by social media. It is a generation with which we have to work hard to remain relevant.”

Clementi said that a recent meeting between BBC board members and a group of 20-24 year-olds in Coventry demonstrated that young adults primarily get their news from social media and expect to access all episodes of a TV series at once – and for a longer period than the 30-day limit that applies to much of the content on the iPlayer.

“While they go to iPlayer to find favourite and recommended programmes, it was clear to me that we need to do more to encourage them to browse the service and discover something surprising or new,” said Clementi.

“We want to grow iPlayer as a destination for young people, as well as for all audiences. Not simply a catch-up service, but a place to browse and look for new material.”

In terms of appealing to even younger viewers, he spoke about the BBC’s 2017 commitment to spend an additional £34 million on children’s content in the coming years and about the recent launch of CBBC Buzz, a social mobile app for children aged under 13.

Older viewers, Clementi said, are like younger viewers in the sense that they continue to consume media via both traditional and newer methods.

“In distinguishing between older and younger viewers, it would be wrong to see this as a distinction between linear and digital consumption,” he argued. “We’re increasingly seeing the benefit of using iPlayer to highlight content from our linear channels, and equally using our linear channels to draw people’s attention to content online.”

Clementi took up his position as chairman to the new BBC Board last February. The former deputy governor of the Bank of England is due to hold the post for a four-year term.