OWN orders Will Packer duo 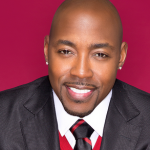 The Oprah Winfrey Network (OWN) has ordered two new series from Straight Outta Compton producer Will Packer via his Will Packer Media banner.

The series include soapy drama title Ambitions from Lionsgate and the unscripted dating series Ready to Love.

Packer will serve as executive producer for both series. The new shows mark the first television series to be created under his first-look deal with the network.

Ambitions (WT) is a multigenerational family saga centered around one woman who, having recently relocated and intent on revitalizing her marriage, finds herself going head to head with some of the most powerful and deceitful players in the city

Ready to Love (WT) is a unique twist on a typical dating show that will specifically bring the perspective of men to the forefront. It will present a unique opportunity to see what men say about dating, when women aren’t around.

“Will is a creative powerhouse who knows what audiences want,” said Erik Logan, president of OWN. “He has an insightful approach to relationships and a keen eye for great storytelling that resonates with viewers across the board. We can’t wait to bring these two new series to our viewers.”

The two new series join OWN’s primetime programming slate including the popular dramas Queen Sugar, Greenleaf, The Haves and the Have Nots, and If Loving You is Wrong.