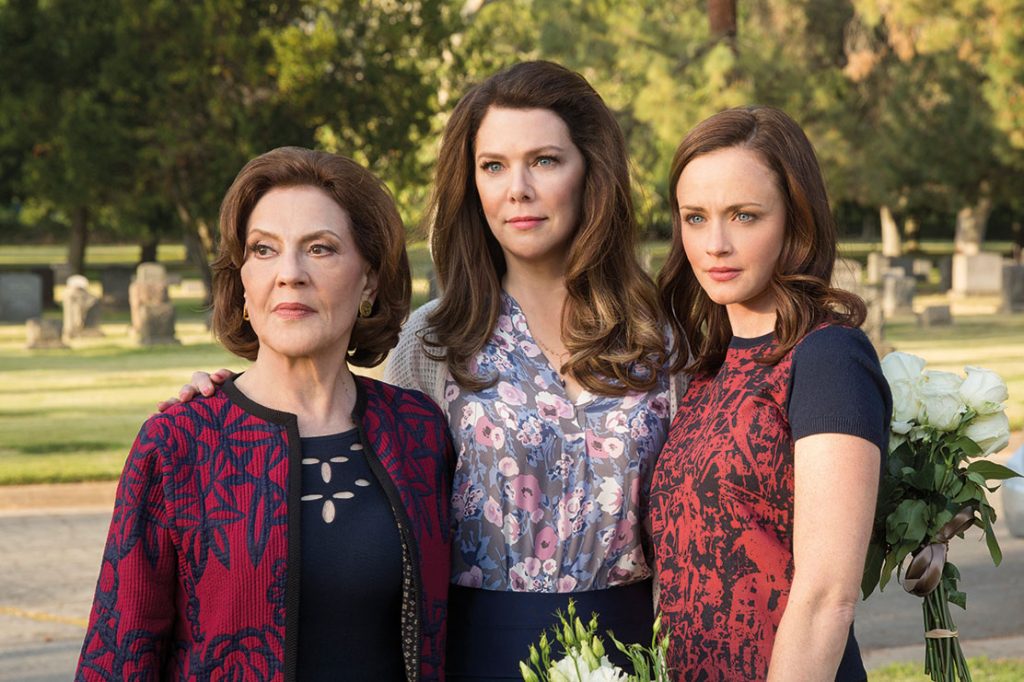 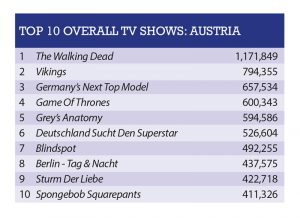 Austrian audiences appear to be traditionalists when it comes to this week’s lists.

Topping the list by a mile is The Walking Dead, which generated over 1.1 million demand expressions. The remaining shows in both the overalls and digitals list all follow from 794,355 demand expressions and below.

Remaining titles on the overalls list are common favourites and long-running titles such as Game of Thrones, Grey’s Anatomy and Spongebob Squarepants. 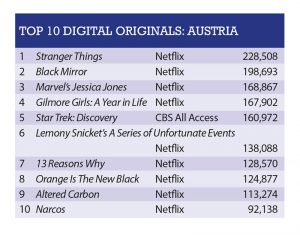 Long-running series trend again on the list, with shows such as Stranger Things and Orange is the New Black (in eighth place) not having released any new episodes for months. Gilmore Girls reboot A Year in Life (pictured), arrives at fourth place, showing the nation’s appetite for traditional titles.

However, there are also some forward looking titles on the list with Lemony Snicket’s A Series of Unfortunate Events arriving at sixth place, after its new season launch on March 20. Ahead of it’s second season return, 13 Reasons Why is also on the list in seventh place.

Tags: Austria, Game of Thrones, Gilmore Girls: A Year in the Life, Lemony Snicket’s A Series of Unfortunate Events, The Walking Dead