The Cartel, a full service management and production company, has appointed former president and founder of Brownstone Entertainment and Fascination Street Drew Brown as head of television. 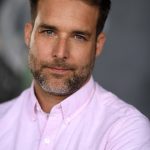 Brown will begin his new role at The Cartel immediately and oversee the company’s growing development slate.

He started his career in the unscripted business as producer of the hit reality series Project Runway. He went on to create his production company Brownstone Entertainment with which he produced dozens of series including Barter Kings for A+E, Eat Drink Love for Bravo and Living in Secret for Lifetime Movie Network.

In 2016, Brown entered the scripted market under an overall first-look deal with Sony Pictures TV via his outfit Fascination Street.

In addition, he teamed up with Jennifer Lopez’s Nuyorian Productions and separately with America Ferrera (Ugly Betty) and Teri Weinberg’s production company to develop two scripted projects that were recently sold to NBC Universal.

“Since first working with Drew we knew that we were like-minded,” said Stan Spry, Co-CEO at The Cartel. “He’s hard working, driven, and has tremendous instincts. He created two very successful companies on his own, and we are thrilled that he is bringing his skills, projects, and relationships to The Cartel.”