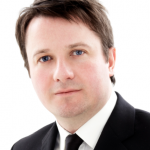 The 10×60 minute I Am a Killer, profiles ten prisoners convicted of capital murder and sentenced to death. With access to prisons across America, each convicted prisoner recounts events that led up to their crime.

I Am a Killer will premier on CI in the UK this spring. It will also air on CI Poland and Italy later in the year, before becoming available on Netflix for 2019.

Koulla Anastasi, director for Lifetime and Crime + Investigation at A+E Networks UK, said: “As the definitive destination for real-life crime, CI sets the bar very high. So we’re excited to be working with Sky Vision and Netflix on this powerful and evocative new series, which gives the viewer a compelling insight into the mind of a murderer and the complexity of many murder cases.”

Danny Tipping, executive producer for Sky Vision Productions said: “I’m immensely proud of this series, created by our team over the past 18 months, involving painstaking research and detailed negotiations to secure the most incredible access. The series is beautifully made and challenges the viewer at every turn.”