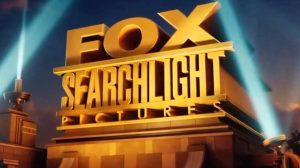 David Greenbaum and Matthew Greenfield will now be presidents of production for film and television at the newly formed Searchlight Television.

They add Searchlight Television to their current responsibilities including all aspects of production for the company.

The new service will produce original material and utilise the studio’s rich library of feature films for adaptation in broadcast television, cable and streaming services. It will look at scripted series, limited series, docs and more.

Peter Rice, president at 21st Century Fox, and chairman and CEO at Fox Networks Group, said: “At such an exciting time for storytelling, all the Fox channels and studios are thrilled to be collaborating with Searchlight as it expands its unique brand of groundbreaking excellence into television.”

Greenfield and Greenbaum,added: “Searchlight has always been dedicated to bringing the unique stories of passionate creators to audiences worldwide.

“This evolution allows us to expand upon that mission, and provides our talent new opportunities to tell their stories in the widest variety of creative outlets, all the while maintaining the safe haven and dedicated creative approach that is Searchlight’s hallmark.”