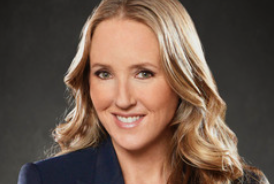 Amazon Studios has restructured its TV arm after the hire of NBC’s Jennifer Salke as new head of Amazon Studios.

Salke’s first move is to up the studio’s COO Albert Cheng, who served as interim head after the departure of Roy Price, to co-head of television. He will also keep his COO title.

A partner for Cheng will be announced in the next few months. The pair will then be responsible for leading the division and its day-to-day business.

Sharon Tal Yguado, who was overseeing scripted TV programming for Amazon after the departure of a range of execs including head of half-hour Joe Lewis, will go back to her role as head of genre.

Amazon’s head of drama will now be Marc Resteghini, he most recently oversaw current series. He will replace Nick Hall who is now head of alternative.

Georgia Brown, Amazon’s director of original TV for Europe now has the title of head of UK-originated scripted TV.

The rest of the team will remain in their previous roles, with Gina Kwon and Ryan Andolina acting as co-heads of comedy, Heather Schuster as head of unscripted and Melissa Wolfe as head of kids programming.

“I’m delighted that an opportunity for Albert to be elevated within the Television Studios has been created,” said Salke, who joined the company in February.

“His business acumen, collaborative nature and clear goals toward continued success make him an invaluable team player as we move forward.”