BBC Studios has appointed Tower Productions’ Philipp Schmid to the newly created role of general manager for the company’s German business, based in Cologne. 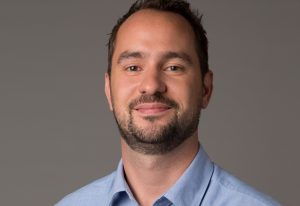 The new GM will transition to the role over the next two months and will report to Adam Bishop, SVP of content sales for Western Europe at BBC Studios.

Schmid will oversee a team responsible for TV content sales and co-production partnerships for all German speaking territories as well as BBC Studio’s European DVD and EST business.

He is currently creative director and deputy managing director at Tower, the non-scripted production joint venture between BBC Studios and All3Media. He will continue to work closely with the company and will take up a seat on its shareholders’ committee.

Over the last two and a half years at Tower, Schmid drove the expansion of the prodco’s development slate and client portfolio, with commissions such as the daily quiz For What it’s Worth for ZDF and the original game show format Der Chef bekommt die Quittung for RTL.

Bishop said: “Philipp’s expertise in sales, co-productions, formats and local production along with his extensive knowledge of the German market and BBC Studios’ catalogue makes him the ideal candidate to head up our company in Cologne.

“The General Manager role enables us to bring the local sales and production businesses closer together and comes at a perfect time as BBC Worldwide and BBC Studios merge to form a new – unified content company – BBC Studios.”

BBC Studios in Germany celebrates its 25th anniversary this year having opened its first office in the region in 1993. The move arrives after BBC Studios unified its commercial and production arms, BBC Worldwide and BBC Studios, this April. (link).