French commercial broadcaster TF1 Group is acquiring the 30% in production outfit Newen Studios that it does not already own, giving it 100% control of the company. 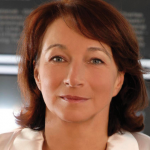 The acquisition will see deputy CEO and content chief Bibiane Godfroid take over as CEO of the group and Romain Bessi will become deputy CEO.

Before joining Newen, Godfroid worked a head of programmes at commercial broadcaster M6 as well as working in senior roles at Fremantle France, Canal+, France 2 and RTL-TVI.

Bessi was previously deputy CEO of Studiocanal, where he led the Canal+ production arm’s European expansion. He has also previously worked in senior roles at Canal+.

Newen founder and presidentFabrice Larue is set to depart after a transition period.

TF1 took majority control of Newen Studios, which includes Neweb,, a division that manages consumer advice websites, as well as a production and distribution arm, in January 2016.

TF1 said that Newen Studios had grown significantly in 2017 while maintaining its independence, allowing it to maintain relationships with multiple distributors in France and internationally. The group added OCS, Netflix and Amazon to traditional over-the-air channel providers among its client base.

The acquisition is subject to approval by France’s competition watchdog the Autorité de la Concurrence.