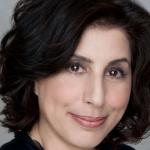 The outfit will be based at Warner Bros. and Kroll will be involved in the production and development of a wide range of feature film, TV and digital content. She will team with noted filmmakers and actors for these projects.

So far, Kroll will work as a producer on a new slate. There will be projects such as sci-fi thriller Nemesis, with producers Ridley Scott and Jules Daly, an untitled comedy starring Sandra Bullock and an action thriller based on The Six Billion Dollar Man with Mark Wahlberg.

She will be joined by a new team including SVP of development and production Jennifer Malloy, creative executive Olivia Heighten and operations/production executive Chelsea Bradshaw.

Kroll said: “My passion for film and television and for telling great stories is not only the cornerstone of my wonderful career, but has also been a huge part of my life since I was a young girl enthralled by the moving image.

“I am excited to be collaborating in this new capacity with amazing, visionary filmmakers, many of whom I have known and worked with, and to also champion new and unique voices. This is just the beginning and I am thrilled about our slate of films and our incredible filmmaking partners.”