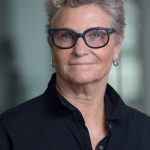 Based in Gaumont’s LA headquarters, Belzberg will handle all facets of day-to-day scripted production for the studio and its projects. She will initially work on Narcos, which is currently in production for season four.

In addition, Sean Wolfson has been elevated to director of creative affairs at Gaumont. He joined the company in 2015.

Belzberg most recently served as SVP at Miramax, overseeing both television and film production including Bad Santa 2 and From Dusk Till Dawn. In her prior role as SVP of scripted production, at Shine America, she was in charge of production for the series The Bridge and Fox’s event series Gracepoint.

She has also co-created a production company with director John Landis, named St.Clare Entertainment, which is producing shows such as HBO’s Dream On and Fox’s Sliders.

Gene Stein, president of television in the US at Gaumont, said: “Leslie’s extensive experience in producing scripted TV series will make her an invaluable member to our team and we’re delighted to work with someone so accomplished.”

Belzberg added: “As a huge fan of Narcos, I’m thrilled that Gaumont and Gene have entrusted me to produce this legacy project. In addition, Gaumont’s robust development slate and first look deals with industry legends also make this such an exciting opportunity.”