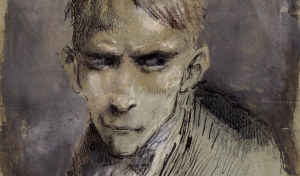 FMNA secured the rights to the five book series from agency Peters, Fraser and Dunlop (on behalf of the Peake estate). It is the second time the books will have been adapted after a BBC/WGBH mini-series in 2000.

Commenting, Gaiman said: “There is nothing in literature like Mervyn Peake’s Gormenghast novels. They were crafted by a master, who was also an artist, and they take us to an ancient castle as big as a city, with heroes and villains and people larger than life that are impossible to forget.”

Dante Di Loreto, FMNA’s president of scripted entertainment, added: “Nothing combines a dark atmosphere with humour and intrigue the way that Gormenghast does.  It’s one of the most eccentric and vividly imagined universes ever created.”

The Gormenghast series traces the life of Titus Groan, 77th Earl of Groan. Titus stands to inherit Gormenghast Castle and its kingdom, unless the toxically charismatic Steerpike is able to rise above his kitchen boy station to usurp the House of Groan.

The adaptation of Gormenghast follows FMNA’s success with another classic fantasy novel American Gods, adapted for television by Gaiman. That show was STARZ’s number one launch in spring 2017 and returns in 2019 for a second season.