CBS is set to make an all-stock offer for Viacom that prices the US company below its current market valuation, according to reports. 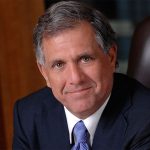 Reuters revealed earlier today that the “unusual” merger move may threaten the negotiation, which would see the two media giants reunite after 13 years.

The report states that CBS chief Leslie Moonves (pictured) will also propose to stay at the helm for two years minimum, if the bid to merge to companies is accepted.

There is no word yet as to what would happen to Viacom CEO Bob Bakish should the deal go through.

A takeover at Viacom’s current share price would value the business at around $22bn, including its near $10bn in debt.

The two companies are owned by Sumner Redstone, who has attempted to bring the two companies back together for a few years. The businesses explored a merger in 2016, but it fell through due to concerns CBS had about the price of the company.

Scale may be something both companies need, however, as top media companies such as Disney and Fox, or Discovery and Scripps Networks, have recently completed large scale mergers.