Channel 4 (C4) has promoted Alf Lawrie (pictured) to head of factual entertainment, as it continues it shake-up of top roles. 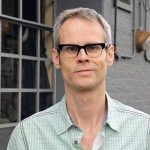 The news arrives after the broadcaster announced that it would undergo its biggest restructure in its 35-year history in March.

Lawrie will oversee the factual entertainment slate across the C4 portfolio and lead the division’s commissioning team. He will report to the deputy director of programmes Kelly Webb-Lamb.

The broadcaster has also upped Stephen Lyle to head of sports. He formerly acted as commissioning editor for sport.

Webb-Lamb said: “Alf is one of the rare people in telly whose experience spans the breadth of what we do in Channel 4 Fact Ent. From wrangling talent like Naomi Campbell, Alan Sugar, Gerry Robinson and Bear Grylls on huge Fact Ent juggernauts to documentary series about Longleat for BBC1 and triplets for ITV, the breadth of his talent is proven in his track record.

“He is one of TV’s good guys – a brave creative leader with wit and mischief, and an instinct for the popular which will help take the department on the next turn of the wheel.”