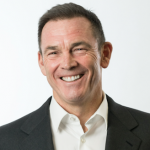 The series has been commissioned by Antenna for free-to-air channel PRVA in Serbia, Planet TV in Slovenia and RTL in Croatia.

Besa, the traditional Albanian word meaning a code of honour or keeping a promise, is about Uros, a family man who runs a small business in Belgrade. He kills a young woman in a road accident, but unfortunately for him she is the daughter of an extremely violent mafia boss.

The script was developed by Jordan and a team of local writers. Production will be on location across south eastern Europe. Shooting starts in Serbia in late April 2018 and it is due to air at the end of September.

Jordan, showrunner and executive producer for Besa, said: “Besa is a unique story that delves into the little known world of the Albanian mafia – its customs, unimaginable brutality and surprising moral codes.

“It is a great time for me to be working on this original European drama because there is definitely a growing interest from international audiences for high-end scripted content in other languages.

“The story and its carefully crafted characters will have global appeal; I am looking forward to working with Antenna Group and the team of writers to bring this unique story to audiences all over the world.”

Peter Smith (pictured), director of Antenna Group, said: “Besa is a hugely compelling drama, in the style of crime series Gomorrah and Undercover, that draws on a gripping local subject which explores universal themes of morality, identity and relationships. It’s a character-driven piece appealing to local and international audiences.”