BBC Studios, which has officially merged its production and commercial arms today, is looking for production opportunities in China. 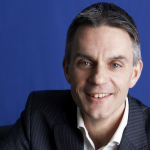 Executive producer and factual program veteran Matthew Springford will be based in its Beijing offices and work with Chinese broadcasters and digital platforms to co-develop and co-produce original content and new formats across factual genres.

This marks the first move that the newly unified company has made, after it was announced that it would merge BBC Worldwide and BBC Studios in November.

The company will be headed by CEO Tim Davie and chief creative officer Mark Linsey who embarked on their roles today.

“Bringing together the U.K.’s most awarded production business, a world-class content sales business, our unique portfolio of brands and a network of premium indie partners, BBC Studios has what it takes to create and export quality British programs in this new age of content.”