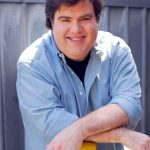 Nickelodeon has parted ways with Dan Schneider, the producer of popular kids’ shows such as Drake & Josh, Zoey 101 and iCarly.

The news emerged after Schneider’s show Game Shakers was cancelled, according to Deadline who first reported the story.

“Following many conversations together about next directions and future opportunities, Nickelodeon and our long-time creative partner Dan Schneider/Schneider’s Bakery have agreed to not extend the current deal,” the network said in a statement.

“Dan and his Schneider’s Bakery team have created a string of lasting, groundbreaking hits over the years including iCarly, Drake & Josh, Victorious, Kenan & Kel and the current number-one hit show on Nickelodeon, Henry Danger,” said the company.

Schneider has been credited with discovering young talent such as Ariana Grande, Amanda Bynes, Jami Lynn Spears and Victoria Justics who were all cast as leads of his series across his tenure.