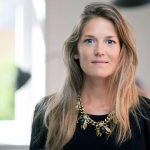 The news comes after MTG last week announced that it is to split in two separate businesses – MTG and Nordic Entertainment Group.

Wallestam initially joined MTG as head of strategy for MTG’s free-TV and radio businesses in Sweden, Norway and Denmark. Prior to that she worked as a strategy consultant at Boston Consulting Group and as a business analyst at the Daily Mail General Trust.

“As Head of Nordic Entertainment Operations and a member of our Nordic leadership team, Filippa has played a vital role in MTG’s success story in the Nordic region,” said Jensen.

“She has outstanding strategic abilities and knows our business like the back of her hand. Filippa is just the right person to continue developing MTG Sweden as the company continues its journey within Nordic Entertainment Group.”

Wallestam said: “MTG’s Nordic business operates in one of the world’s most competitive markets, and we have repeatedly proven our ability to adapt and evolve where we today are a fully integrated media house within broadcasting, digital communication and content production.

“MTG’s capacity for continuous renewal and our entrepreneurial culture position us very well to continue growing and to reinforce our position. I look forward to guiding the company into the future as Nordic Entertainment Group Sweden together with the rest of our fantastic team.”

MTG’s decision to split its business in two comes after Danish telco TDC dropped plans earlier this year to buy MTG’s Nordic broadcasting and entertainment business, in a deal that would have valued the assets at SEK19.55 billion (€2.0 billion).